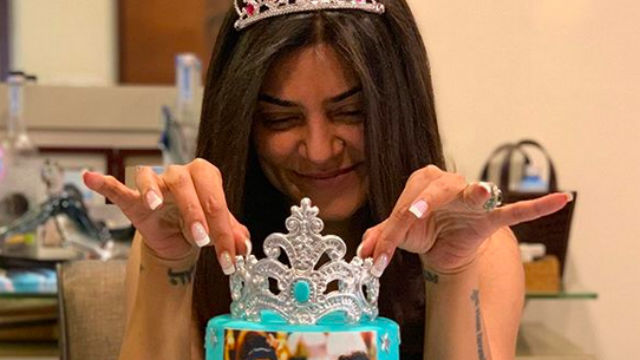 MANILA, Philippines — It's been 25 years since she won the Miss Universe title in Manila in 1994 and Sushmita Sen, India's first Miss Universe, celebrated the milestone by posting photos on her Instagram, Thursday, May 23.

The beauty queen recalled the memory of being crowned in Manila by then Miss Universe 1993 Dayanara Torres, who also became close to hearts of Filipinos, having stayed here briefly to enter showbiz.

"What a journey! Thank you my Motherland India, for giving me my proudest identity #INDIAN. The love, respect and adulation I have been showered with for 25 years, is undoubtedly my life’s greatest earning!

She also gave a message to the Filipino people.

"As we celebrate 25 years of making history, of India winning Miss Universe for the very first time...I want to remember and thank the people of my second home #Philippines. Thank God for the privilege of having won Miss Universe in their beautiful country, they continue to overwhelm me with their love and belonging to this day, even naming their children ‘Sushmita’"

She also thanked the former owners of the Miss Universe organization, as well as the people who took care of her during the time she was the reigning queen.

"Their teachings have helped me make many important decisions in the past 25yrs, thereby shaping the Woman I am today. I remember with great love all 77 contestants who competed for Miss Universe 1994!! And, of course, the beyond gracious Miss Colombia @carogomezfilm who won 1st-runner up that year, and yet celebrated India’s first victory as if it were her own!!. Thank you God, family, friends, my children and all of you, who have consistently inspired me to keep growing and be more of my authentic self!!! Your wishes came pouring in & have me overwhelmed, THANK YOU SOOOOOO MUCH!!! 'May the Universe always conspire in your favor.'" 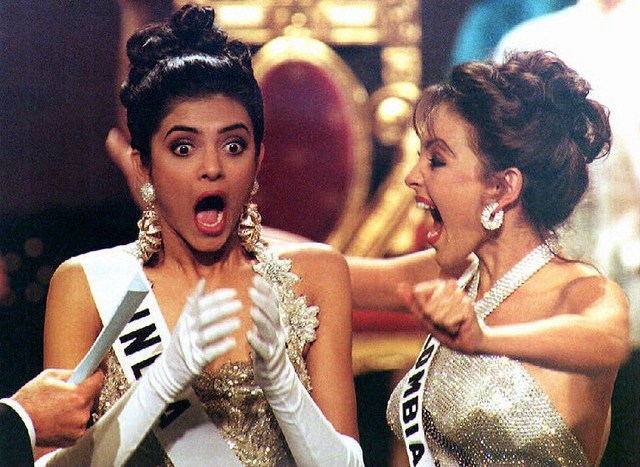 One of the most loved beauty queens, Sushmita went on to became a Bollywood actress and a mother of two adopted girls.

She visited the Philippines back in 2017, where she became one of the judges of the 65th Miss Universe pageant won by Iris Mittenaere of France. — Rappler.com

Coming home as Miss Universe is a life-changing event, but it’s only the beginning of Catriona.
Fun

Kick off the new year with the reigning Miss Universe Catriona Gray.
Fun

Still not over the 2018 MISS UNIVERSE Competition? Well now you can take a piece of it home.
Fun

US Weekly Exclusive
ALL NEWS